It was the late 70’s when I found my love for Reggae, I worked in a factory where reggae / calypso / soca was played all day long.

It was also this time that I became involved with the disco world ( playing at Jamaican house parties with a friend) from there I established my own disco and took a residency at a local workingmans club in south London.

In the 80’s I packed it all up, but my love of playing music was resurrected in 2008, when I joined my works committee on social events and started the disco again.

In 2012 this led to an opportunity to broadcast a weekly show on a local community Radio station.

By November 2019, my work commitments prevented me doing the show and I stopped broadcasting.

By Jan 2020 I was contacted by an internet radio station to pre record a 2 hour show for them. Over the year this figure grew to a dozen stations. Where the show was broadcast in U.K., Canada,Spain, New Zealand. I decided that I did not want to flood the airwaves but be more selective who broadcasts the show.

So I appreciate you listening and I thank you. 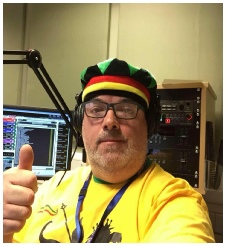